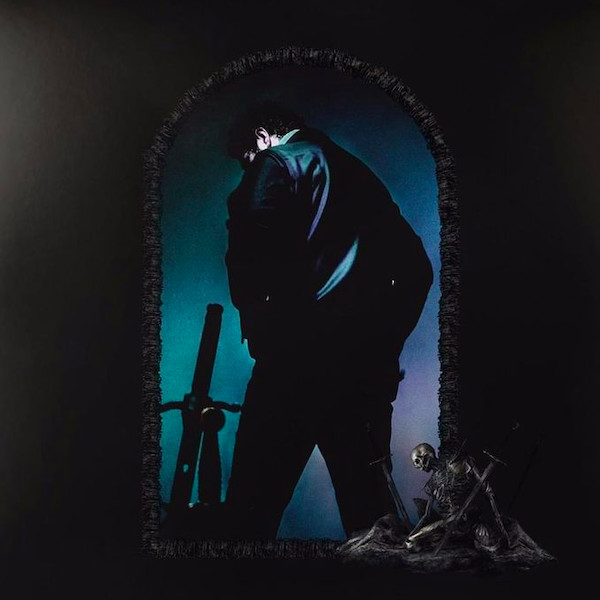 I just graduated college a few months ago, so needless to say I am quite familiar with everything Post Malone has ever done. Seriously, this man is worshipped like a god and I totally understand why. He has been able to take the aesthetics of hip-hop and trap music that has been trendy and put them as a backdrop to some pretty catchy auto-tuned hooks. While I have felt mixed feelings about his last two albums, I can’t deny the appeal of singles like “rockstar,” “Congratulations,” “Better Now,” the list goes on.

I thought Post Malone was actually heading in some interesting directions on beerbongs & bentleys. There was cool production choices and some of the best tracks of his career which made me hopeful for this release. I also have been enjoying singles like “Sunflower” for nearly a year and “Goodbyes” was a great ballad that actually saw Post getting pretty intense in his performance behind some pretty opulent production.

So now it is time to look at Hollywood’s Bleeding as a whole and that is where this conversation is going to change. If this album proves anything, Post Malone is clearly carving his own lane for himself. The beats on here are all pretty smooth, the melodies are definitely less trap-inspired and closer to the singer-songwriter and rock music that Post has clearly idolized. While this leads to some very solid moments and tracks that will certainly be some of the best in his career, it also leads to an album that ultimately feels very safe.

The writing is the clearest example of this, but I am not dumb enough to assume people go into a Post Malone album for the masterful songwriting. That being said, even with some great hooks, the verses here have quite a few cringey spots. Just look at lines like “in the batmobile, going batshit” on “Saint-Tropez” and “Said you needed a ride, but you wanted my car/Without that face, girl, you wouldn’t get far” on “A Thousand Bad Times.” We also get lovely images like on “On the Road” with “I got so many hits, can’t remember them all/While I’m takin’ a shit, look at the plaques on the wall” and again on “Saint-Tropez” where he describes “Bud Light runnin’ through my piss,” which to be fair is probably a true statement.

No, this album’s purpose is to produce bangers, the kind that will hype of crowds at a stadium show and in that department I cannot deny that Hollywood’s Bleeding mostly delivers. While the opening title track starts off slow, once the beat kicks in the song has a great energy to it, even if the song is short-lived. This can actually be said for the first handful of songs on this album, most of which I think have passable hooks but not much else in terms of meat to them. The bad writing is too much to ignore on “Saint-Tropez” and the beat is also fairly unremarkable.

I cannot deny the hook to “Enemies” is one of the catchiest on here and I really do think this is the kind of melody that works pretty well for Post. Sadly, this is not a beat most rappers, let alone Dababy, can ride so the track takes a pretty drastic shift when he enters with a flat and unflattering verse. This is not just an issue with Dababy, many of the featured rappers on here have difficulty fitting in on this album. “On the Road” is the clearest example where both Meek Mill and Lil Baby attempt to join in on a pretty standard track for Post Malone. Meek sounds incredibly awkward in his delivery. While the content is not terrible, the beat is doing absolutely nothing for him and he is struggling like hell to ride it. This is better than Lil Baby who does absolutely no good on here and just takes up space on here with his typical brand of off-brand Young Thug impression.

Something I found interesting on here is how Post Malone actually has started to draw some inspiration to some indie pop sounds on a few tracks on here. There’s the song “Allergic” that certainly has a groove to it, and Post’s energy is certainly there, but overall the song does feel a little messy. “Circles” is a better example of this, feeling straight out of the indie pop playbook and while the lyrics are not overly sophisticated, the hook is so solid I can look past it. “Myself” is probably the best track here that leans in this indie direction. It is easily the best written, which is thanks to Father John Misty’s hand in it, and Post’s vocal delivery is more authentic than it has been on the entire album.

Finally, I think the most crucial component to this album are the bangers and as promised there are plenty on here. We have “Die For Me” which works better than it has any right to, especially with those features. Post Malone delivers a nasty opening verse before switching over to Future who goes wild on here. He rides this beat really well, switching up his flow and vocal pitch multiple times. Shockingly, Halsey might be the best part of here, handling this kind of dark production excellently and matches it with some intensity in her vocals. I would actually love to hear her work with Post again in the future as their vocals work surprisingly well together.

We also get the pair of smooth pop bangers with “Sunflower” and then “Staring at the Sun” which immediately precedes it. I actually think it was smart to put these next to each other since “Staring at the Sun” basically sounds like a cleaned up version of “Sunflower,” except instead of Swae Lee we get SZA who proves she is an absolute treasure and plays off Post so well on here. And as for “Sunflower,” while not nearly as great as the movie it is attached to, I have heard it dozens of times and I still find it entertaining so I won’t complain about it being here.

The real gem on here, and likely the one I will play to death after I post this, is “Take What You Want” with Travis Scott and the legendary Ozzy Osbourne. This is the clearest example of Post Malone wanting to be a genuine a rock star and he honestly shines in this moment. Many of the little annoyances I have with his music are stripped back and he feels some comfortable with this kind of production. Ozzy’s presence only makes this song sound better, giving it the perfect amount of grit and authenticity, especially right before a pretty fun guitar solo. While not bad, Travis Scott does stick out as a bit of a sore thumb on here but he gels better than he has any right to.

There are a couple songs that did absolutely nothing for me on the back half of this. “Internet” is the clearest example of an undercooked track on an album full of tracks that can’t even hit the three minute mark. It is a shame because Kanye West gives Post absolutely beautiful backing production that does not fit at all with the lyrics complaining about the internet and Instragram in the broadest way. “I Know” is also just a totally trashy song to me, from the awkward Jonas Brothers reference to Post Malone complaining this girl can’t be his bitch. It is just a lazily written nothing of a song to me.

So this album, for as mixed it is, is also a clear example of Post Malone playing mostly in his comfort zone with a few moments that do truly shine. Fans will eat this up, that was going to be obvious, but it raises some questions about where Post goes from here. He has certainly carved a few lanes for himself here and I hope he explores some of the ones that are more interesting and feel more natural to him. For now, after having a couple of incredible years, this is another decent victory lap in his young career.