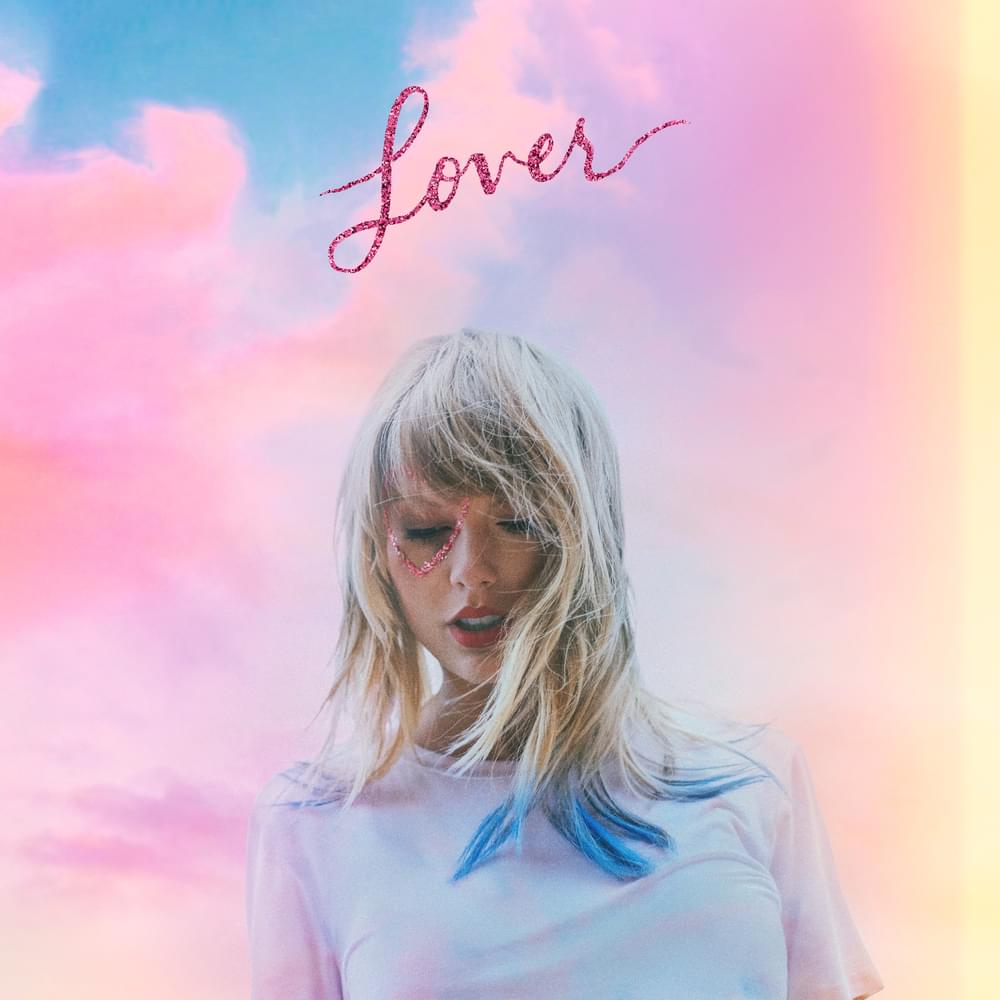 There was a lot riding on Lover and my expectations were all over the place. After leaving longtime label Big Machine, with plenty of controversy that I won’t even begin to get into here, this was a great opportunity for Taylor to showcase her artistic abilities under new management. Also, after Reputation was generally seen as her worst by many people, she had plenty to prove here. Sadly, after listening to the first two singles I was coming to the conclusion that this was not going to happen.

Her lead single “Me!” was generic dime a dozen pop with a solid feature from Brendon Urie who had absolutely no chemistry with Swift. It isn’t as bad as some people have made it out to be, but for a lead single it felt remarkably bland and did not even give people much to talk about like her last lead single “Look What You Made Me Do.” Then came “You Need to Calm Down” which really just seemed to polarize everyone. To me, and I will admit this is might be personal for me, this is one of Taylor’s worst singles to date. While I would typically appreciate a song that focuses the self-empowerment of marginalized communities, this song does this in a way that I did not find enjoyable in the slightest. The synthetic beat is probably the best part of this song but even that sounds like a knock-off of “Paper Planes.” Ultimately, it comes down to Taylor continuing to go into her worst habits of complaining about haters in a shallow way and then comparing those struggles to those of the LGBTQ+ community. Even if that is not how you interpret the song that is absolutely how it came across to me. Good intention, very messy execution.

So with that long preamble, did the rest of Lover actually deliver for me. Surprisingly this is actually one of Swift’s best records in my opinion. Not only do I think the songwriting from Swift is sharper this time around, I think her work with Jack Antonoff is among their best, properly building on what they did together on 1989. There are a few songs that do not work completely for me but the vast majority are solid.

Unfortunately one of those weaker songs open this album with “I Forgot That You Existed,” which I just found unflattering from all angles. I did not love the production, the lyrics are a tad basic and while it is nice to see Swift moving on from her exes, writing a song about your indifference is not really the best way to do that. This is quickly forgotten when “Cruel Summer” comes right after and sets a proper tone for the rest of the album. This song is a bop if I have ever heard one. Swift is working with both Antonoff and St. Vincent on this one and the three of them create one of the catchiest, well-executed pop songs of the entire year, quite possibly the best pop song on here. Hopefully this can gain more traction as a single because it really is one of Swift’s best pop songs.

There are some slower paced songs early on that also do a great job of showing Swift’s talent. “Lover” is a wonderful ballad to her current boyfriend, really benefitting from the amount of little details that are thrown in to make this feel genuinely beautiful and personal. “The Archer” also benefits from capturing where Swift is at this moment, going into her being able to open herself up to her partner after being so guarded for so long. It is a genuinely sweet moment and while the production does not sound far off from Antonoff’s work on Melodrama, that is one of the best pop albums of the decade so I can’t really criticize that.

The ballads later in the track list are also some of the best songs on here. “Cornelia Street” is a nostalgic song for Taylor, and that nostalgia certainly translates here. It reflects on her first memories with her boyfriend, Joe Alwyn, and it is truly a powerful ode to their romance and the emotional place Swift was in when they first met. The following song, “Death by a Thousand Cuts,” is a breakup song that is very much in the same lane as something Swift has done before. That being said, the writing is certainly mature while still bringing me back to some of the more tender moments I’ve enjoyed on albums like Speak Now or Red.

While these ballads are all nice, the best and easily most powerful is “Soon You’ll Get Better” which is an insight on Taylor’s feelings on her mother’s cancer battle. The song has a heartbreaking amount of detail about the process of being by her mother’s side through all of it and the heavy emotions weighing on her. It really is one of the heaviest songs Swift has ever written and definitely has gotten a lump in my throat nearly each time I’ve listened to it. I am also happy that Swift brought the Dixie Chicks back for some beautiful harmonies. This decision is also especially sweet when you think about how the Dixie Chicks were essentially kicked out of the country industry that built Taylor’s career after they came out against the Iraq War. It is a very thoughtful way for Swift to include them now that she is undergoing similar backlash for her political beliefs.

Speaking of politics, there are certainly a few moments here where Swift is blunt about her stances on social issues. While I already mentioned my feelings on “You Need to Calm Down,” there is also “The Man” that goes into social double standards with more focus. Sure, it is a little difficult to necessarily feel like Swift has had it tough when she is the biggest pop star but there is no doubt the extent people have highlighted her many relationships is ridiculous, especially after having a few serious relations these past few years. “Miss Americana & The Heartbreak Prince” also has some undeniable subtle themes of people’s reactions of her support of liberal causes. It is framed from the perspective of petty high school drama which I think is appropriate given how petty many of the attacks against her have been.

A couple upbeat pop songs showcasing Swift’s love are also sprinkled in here, mainly “Paper Rings” and “London Boy.” The former is one of my favorites in here, just because of how cute it is. Again, “Paper Rings” benefits from sharper details in the lyrics that makes this feel personal to her but also with a catchy and quotably hook to it that will certainly find their way on many couple’s Instagrams. “London Boy” is certainly not a smart song, there are already plenty of article highlighting why this song is geographically inaccurate, but I think it is going for more of a playful fantasy which makes it work better. That being said, this kind of playful song is sequences oddly between two of the heavier songs on the album and considering how personal and authentic the rest of the album feels, this one just does not feel as fitting.

The final third of this album is certainly the spottiest, especially with those lead singles, but I think “False God” is a well-produced ballad with some sparse production and subtle sax work that is wonderful for me. The closing track “Daylight” is also undeniably a perfect way to close this out. The entire arc of this album essentially leads to this moment where Swift moves past all of her past exes and controversies to focus on the love in front of her. Considering the content of much of Swift’s music and her public image, this is truly an important song in her career and really summarizes where she is in this era of her career.

So despite some missteps, I think this is Swift’s best album since Speak Now, and it contains some of her best songs to date. If a few tracks had been cut to make this a leaner, more focused record I could have even seen this being her best work for me. As it stands, Lover satisfied me much more than I expected it would and I am happily surprised by how excellent this ended up being. Swift fans have already made up their minds on this, but for casual listeners I do recommend you give this a shot, it will definitely end up surprising.

Worst Track: You Need to Calm Down